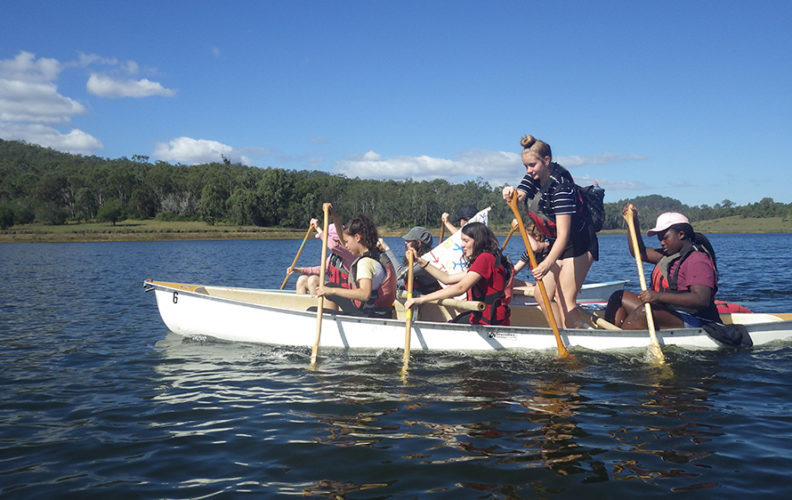 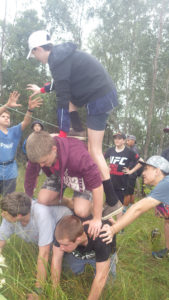 As Year 9 Challenge students shoved their allocated waterproof bag with gear on Tuesday morning 23 May, and loaded the precious paddle they had painstakingly designed and carved during the term, the teachers’ enigmatic responses to the questions “Will we starve? Will we freeze? Are we going to survive?” was the same, “You will find out”!

After we were delivered to Barefoot Alley on the bank of the lake at Camp Somerset, groups were inducted and given maps with grid references. It was up to each group to plan and to make their way to their first challenge using their navigation skills, canoes lashed together as a raft, and finally use their paddles for the intended purpose, to paddle themselves across Somerset Dam! Only time would tell if that was going to be successful! 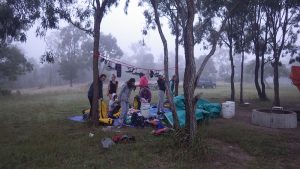 Some groups spent significant time laboriously trying to solve challenges in order to proceed to their next challenge.  As the sun was disappearing behind the mountains, and the chill of the air descended, the chatter of students making fire, constructing shelter, and preparing food for the night brought the first day to its close. There was a constant curiosity about what the next day would bring…

Solving challenges and receiving survival supplies was sometimes painstakingly tedious as group anarchy broke out, and at other times ‘well-oiled’ and sublime. It was also great to see the leadership capabilities of certain students emerge while others had the chance to take a step back which positively contributed to the group’s overall success. 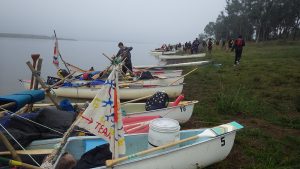 There were significant moments where teachers were able to discuss and reflect back to their group the positive dynamics observed by them as well as make recommendations for areas of improvement in order to teach and assist students in developing their skills of critical reflection.

As the bus transported the dirty and tired bodies after three nights and four days in the ‘bush’, many students commented that this camp was a significant highlight to them. The purpose of the Year 9 Challenge TNS program is to assist the students in taking the next step toward becoming responsible, respectful and resilient young adults.

Indeed, they did not starve.  They may have frozen just a little.  And they most certainly survived!

-Christia Willcocks and Dustin Dever, Challenge: The Next Step Teachers