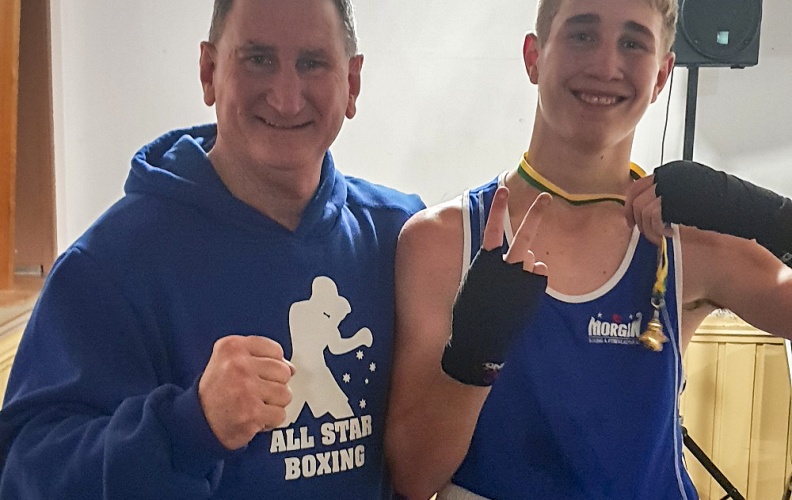 During the weekend of 24-25 August, Northpine Year 9 student Jack Beard competed and won the Australian Open Division Golden Gloves Title in the 70 kgs weight category.  This is the second year in a row he has won.  It is a very impressive achievement because fighters from all over Australia and the world attend this 4 day event. Participants must fight opponents in throughout the event until they reach the final. One loss means the competitor is out of the tournament. Jack’s opponent in the final was a very good and experienced opponent who has represented Australia and fought in Europe.

Jack trains extremely hard and is very dedicated to his sport. Jack’s father, Tim, says he is very proud of his accomplishment. Congratulations Jack!