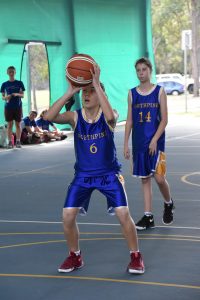 The Adventist Schools Sporting Association have had their second carnival of the year. The basketball tournament was hosted by Northpine Christian College. Six schools from around South Qld including Brisbane Adventist College, Tweed Valley Adventist College, Gold Coast Christian College, Darling Downs Christian School, Noosa Christian College and Northpine Christian College battled it out over the day to make it to the finals. There was some strong opposition but our junior girls and boys and our senior girls and boys teams were ready. Northpine has a very strong basketball culture and our teams have been training together since the start of the year in preparation. Our Senior girls team came in 3rd place for the day, as BAC won the final. BAC also won the Junior girls tournament, narrowly beating Northpine in the final. Our Junior boys won convincingly. Most valuable players for the tournament were Jayde Weir for the Junior Girls, Justin Falls from the Junior Boys, and also Josh Ball from the Senior Boys. 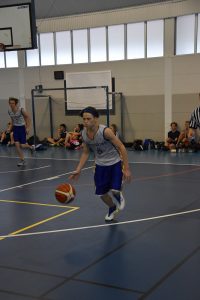 The senior boys team came into the final as underdogs as they lost to Tweed in the earlier rounds. They faced them again in the final, and it came down to the wire. With 10 seconds to go Northpine was down by 1 point and Nic Struthers made his second free throw to send them into overtime. The stadium was packed and because of our home court advantage the crowd erupted every time we scored. To all who watched it was the most nail biting finish to a game in recent memory. And yes Northpine came out victorious, with celebrations all round! The final score was 26-22. Well done to our students who did an amazing job not only on the court but also in representing our College with fantastic sportsmanship. Also well done to our coaches who have dedicated so many hours into training and assisting out students to get to their full potential.