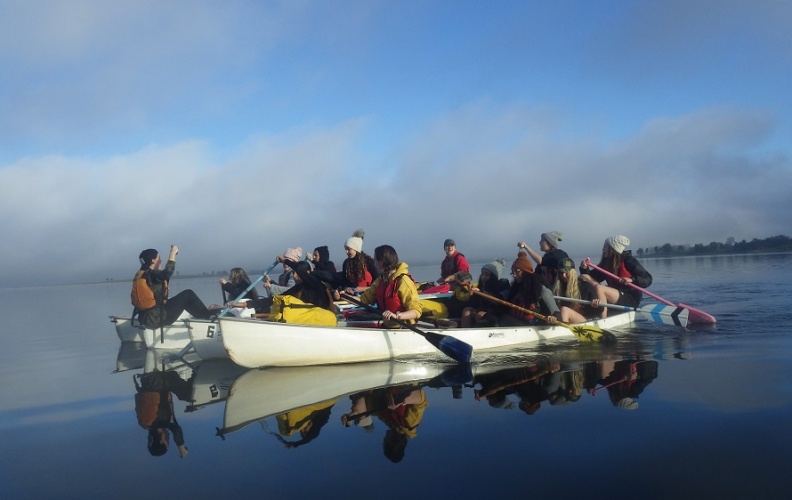 “We don’t grow when things are easy, we grow when we face challenges.” Joyce Meyer

Equipped with custom-made paddles, dry-bags, canoes and basic supplies, students headed off to Lake Somerset on Year 9 Survival Camp, where they embarked on a series of challenges that tested their communication skills, physical endurance and patience. 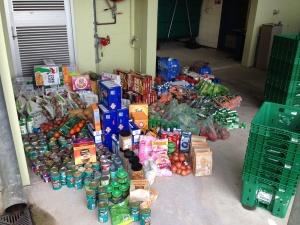 Preparations began during Term 1, when students began shaping their own paddle for the trip. On the day of departure there was a tangible sense of pride as each student brought their completed paddle and loaded it on the bus. Excitement was running high as clothes and sleeping gear were packed into dry-bags. On arrival at the lake the canoes and gear were unloaded, then each group was given a map and instructions for the challenges that were to be completed. The first was to build a raft to support their entire group and equipment for a voyage to various locations around the lake.

Ideas and suggestions were flying as the groups raced to be the first on the water. Lashings were tied, luggage stowed and after much discussion, the groups were finally underway. Paddles splashed in the sparkling lake as each craft headed off. At each of the designated grid reference points there was a challenge which on completion provided additional survival items including food and equipment. 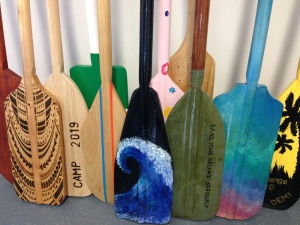 For some, the most difficult components of the day were the physical, social and emotional challenges that arose in the process of working together as a team. After a hearty meal of coleslaw and potatoes baked on the fire, students were ready for sleep.

As the sun rose, it was time to prepare for a substantial hike which involved map reading and group challenges at designated checkpoints. Navigation seemed to be more difficult than the terrain, but valuable lessons were learned along the way. 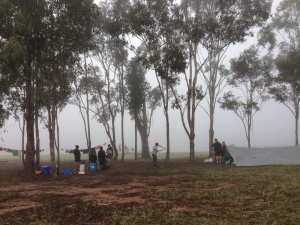 Day three began with a flag painting activity in which each group created an image or slogan to represent their team. These flags were then flown from a mast on their rafts. Following a series of challenges across the water, all students were given a ‘solo’ experience – two hours of quiet reflection during which they wrote into special journals as both a memory and a learning experience.

The final evening involved a series of activities where teams earned points based on their level of achievement as a group. At the end of the night the highest achievement in each activity was announced, followed by the overall winning team. Mrs Sykes’ girls were beaten by a slim margin of just one point by Mr Bastos’ boys, who claimed the prize of a large tin of Milo.

On the final morning, all groups raced a slalom course to the finish line – carrying their nominated team MVC (most valuable camper) in the centre of their canoe raft. While there were some fine examples of paddling prowess, the credit goes to the girls’ team for one of the most competent and consistent performances. It’s amazing what can be achieved when everyone is working together (especially when they are singing loudly!)

No doubt there will be many stories told of the experiences and memories of this camp. 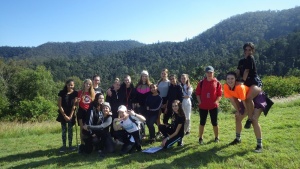 “Success is not final, failure is not fatal: it is the courage to continue that counts.” Winston Churchill

Learning and growth happens best through challenge. These Year 9 young men and women showed courage, determination and the ability to creatively overcome obstacles to achieve the success of learning more about themselves, communicating, and working together as a team. 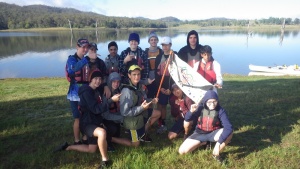